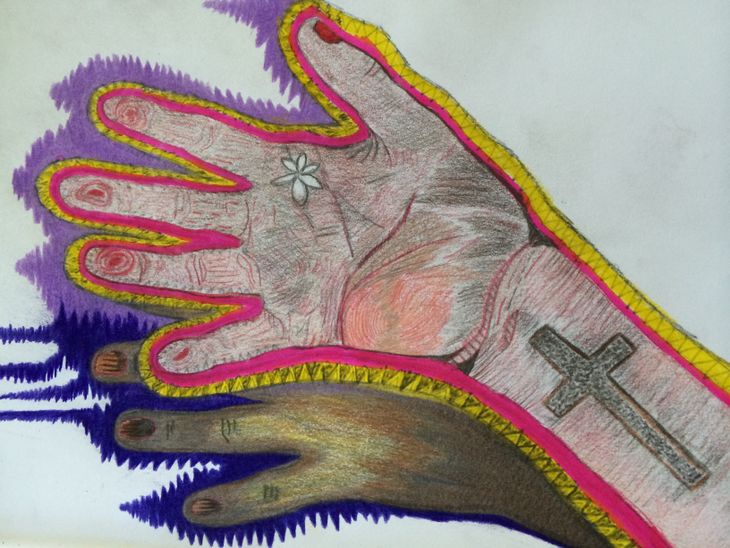 October 2nd to 8th 2016 is Mental Illness Awareness Week in Canada. This anonymously written post, by a Disability Matters reader, highlights the healing effect of social connectedness. If you, or someone you know, has a mental illness, we would love to hear from you.

Our biggest losses are gifts in disguise. Witnessing my daughter's psychotic illness is a pain I never imagined having to endure. Her private hell brought her close to suicide more than once. When she was first diagnosed, I feared neither she nor I would survive. That was a year ago, and I now see a way forward.

About three in 100 people will have a psychotic episode in their lifetime. Psychosis is treatable. Nevertheless, the illness comes in a sudden rush of confusing symptoms that sidelines any family.

My daughter was always a quirky kid: withdrawn but coming alive in drama classes and wow-ing everyone with her singing and songwriting. Her writing revealed insights that belied her years and her drawing showed true vision. I dreamed of where her art might take her.

But then her creativity became manic and isolating. She produced jibberish. She couldn't read, or think. I felt that life was playing me for the biggest fool.

The artistic energy I thought showed such promise was an illness sending her brain on overdrive and misfiring it in devastating ways. I wanted to share my grief over these new words: bi-polar disorder, schizophrenia, schizo-affective disorder. Where to begin?

Despite big campaigns on mental health awareness in Canada, psychosis is hard to translate into words. We've all seen the movies and TV shows that feature the “freaking out” part of psychosis. We call someone “psychotic” as a put down or a joke. The real horror is unseen.

I spent months watching TV and drinking wine while my daughter was in her room, unable to form sentences or be concrete. I grieved the loss of all my dreams for her.

Meanwhile my husband and I took courses on psychosis and read everything we could. We met other parents of children with the illness and started to feel connected. I've spent a year living more closely with my daughter than ever before.

I've come out believing mental illness is partly social. Schizophrenia occurs in all cultures, primitive and developed alike, so there is an obvious genetic cause. How and why those genes get expressed, and how well your loved one will recover, has everything to do with stress and social connection. There's no question that stress and social isolation contributed to the onset of my daughter's illness.

While we nagged her to get out and do things, she saw the only way out of her angst was to write through it. The illness fed on itself. But it's connection with people that has helped her heal. She is lucky in that the medication prescribed for her works – when she takes it. Medication is crucial. But the other essential prong in her well-being becomes more obvious by the day.

My muted and withdrawn daughter thrives on connections with others, either at school or in volunteer work. She's happy when she's spent an afternoon doing a small job with a group of people. Having trouble socially doesn't destroy the need to connect. It makes it more essential.

I spent almost an entire year worrying and fretting that my daughter might never be self-sufficient and independent. I compared her with her peers who are all out living every parent’s dream of personal achievement and I despaired at how ill-equipped she seemed for a life of personal success. But I now see her need for connection as her greatest strength.

She has a naive wonder that people respond to and which makes her an asset to any community. She thrives on interdependence. The scarcity of one-stop community-based centres for people with psychosis tells me where the works needs to be done in publicly-funded mental health care. Meanwhile, helping my daughter find purpose within a community of our own creation seems like a way forward for all of us.

Article published on 4 October 2016 by

This post was written by an anonymous guest contributor. Every now and then a member of our community reaches out and shares their story and we are truly grateful.

My First Experience of…

Discrimination, defined by the Canadian Human Rights commission, is an action or a decision that treats…