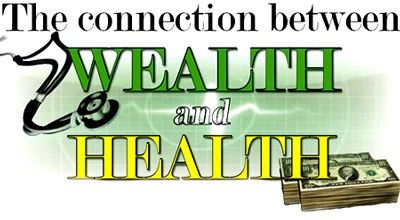 In my last blog on motor vehicle accident (MVA) insurance, I focused on protecting your health. Today’s blog is about how MVA insurance can protect your wealth. But, before I get into the details, I want to share a few caveats.

The first one is that MVA insurance is a complex subject. My goal in today’s blog is to try to keep it as simple as possible!

The second caveat is that I will be writing about general information and none of what I say will replace the need for you to consult insurance, legal, or other professionals regarding your specific circumstances.

Finally, while this information may be stale material for some (or many), it is a relevant and important topic for Disability Matters. So here it goes!

Yet, becoming competent about MVA insurance is not part of this mandated process, despite the fact that by law all drivers must have this kind of insurance to drive. Becoming informed about MVA insurance is especially so for young drivers because they are the ones who cause many accidents, and for them, the cost of car insurance premiums is one of their largest, single, monthly expenses.

As a saying goes in the insurance world: an insured doesn't likely review their insurance coverage until after the damage has occurred! So, today I will share with you the ABCs of MVA insurance and how it is intended to be used to manage financial wealth, if involved in an auto accident.

An SPF1 essentially considers the financial interests of three key parties: an insured (or those ‘named insureds’ under the contract), an insurer (also know as an insurance company or consortium), and all others who may claim damages caused by the liability or fault of an insured from an MVA. In general, an insured is a first-party to a contract or policy of insurance, an insurer is a second-party to that contract, and the one claiming liability is referred to as a third-party.

Much of the variability in the cost of coverage for claims are for bodily injury through Sections A and B, as the cost to compensate a person who is injured in an MVA can be high. So the remainder of this blog will address coverage under Sections A and B, and not Section C.

Tort law of negligence governs the way in which Section A or third-party coverage is managed. I have found several online sources that describe the essential aspects of the law of negligence. So anyone who wishes to delve further into the concepts / legal doctrines, you might want to start online. But, I will touch on a few relevant aspects of negligence law related to accessing coverage available under Section A of an SPF1.

First, access to coverage under Section A requires a civil claim to be made in court by a third-party “claiming” to have been injured by the fault of another. Because fault has to be determined, this type of coverage is commonly referred to as at-fault insurance.

If an insured is found to be at-fault by a court of law for damages caused to a third party, then it’s the responsibility of that insured to pay for the damages. But, with Section A coverage, the insurer steps in to pay for the loss on behalf of the insured.

However, negligence law also considers the degree of fault that a third-party claimant has caused themselves by their own behaviour in the accident. A common example is not wearing a seat belt. This type of negligence is called contributory negligence and can be used to reduce the total loss caused by the at-fault party, and hence the amount of loss an insurer would pay out on that claim.

There are other factors in which an insurer would not be obligated to fulfill their obligation to pay out under an insurance contract. Take the time to familiarize yourself with the SPF1 coverage that applies to your State / Province.

But, essentially there are two main areas of loss in a third-party MVA claim: special (or pecuniary) and general (non-pecuniary). These are referred to as heads of damage.

Special damages are those that can be quantified (pecuniary), such as the cost of medical or rehabilitation treatment, the cost to care for someone, or the cost of lost wages. Additionally, courts of law allow for a third-party claimant to recover damages from the date of loss and into the future. So, for someone who sustains injury when they are in their twenties, the total loss of damages may well span 60 years, and amount to millions of dollars.

General damages are those that do not have a real dollar value attached to them (non-pecuniary) because this kind of loss, such as pain and suffering, is considered immeasurable. However, in the 1970s, in the landmark case of Andrews v Grand & Toy Alberta Ltd, the Canadian Supreme Court set a maximum dollar limit, or damages cap, on pain and suffering of $100,000.00.

Currently and considering inflation, the damages cap on pain and suffering in Canadian negligence law is around $360,000.00. But this maximum is typically only allotted to those who have sustained severe injury.

In the case of Andrews v Grand and Toy Alberta Ltd., Andrews (the third party claimant) was found to have caused 25 percent contributory negligence for his own injuries. Thus, the total loss the insurer paid for was reduced by this percentage.

There is a strong notion that access to immediate rehabilitation following an injury results in better recovery. Some research scholars in the area of injury from an MVA have argued that having to sue someone to access health care coverage can result in slower and less optimal recovery. This is because it can take a long time to settle a lawsuit to get the money to cover the cost of rehabilitation.

So, a portion of benefits offered through an MVA insurance contract is available to each and every claim immediately following an accident, regardless of having to sue a third-party who is at-fault for the accident. This is found under Section B coverage of an SPF1, and because fault doesn’t have to be determined, this type of coverage is commonly referred to as no-fault insurance.

Claiming for this type of coverage is done so by completing and submitting Accident Benefit (AB) forms directly to an insurer. For the most part, the court system does not get directly involved in Section B claims, unless a claimant is not receiving the services that they feel they are entitled to receive.

The amount that is covered in Section B is typically less than for coverage in Section A. This is primarily because most AB coverage does not cover general damages, such as the right to sue for pain and suffering. Additionally, there are well-defined limits to the type of coverage, the amount of this coverage, and the period of coverage.

Section B coverage is extremely important for those who have caused their own injury, because they can’t sue themselves for loss in a court of law. But depending on the design of the MVA insurance system in a given jurisdiction, it can be either substantial or woefully low for those who are seriously injured and cannot sue for additional coverage under Section A. But, I will leave the topic of how MVA insurance plans are designed for another blog.

Recall that I stated from the outset of this blog than an insurer is contractually obligated to step in and pay for the loss caused by one of their insured (with some exceptions). However, the amount an insurer is obligated to pay is based on the policy limit of a specific insurance contract, and an insured may find themselves not having enough insurance coverage to protect themselves against a third-party liability claim.

Recall that the maximum limit in Canada for pain and suffering is around $360,000.00 and this is only one head of damages that can be made in an MVA claim. I have seen in a few claims files where the insured has under-insured themselves against liability from a third-party claimant who has sustained severe injury, and which has that insured vulnerable for paying a large portion of the loss out of their own pocket.

For example, and leaving aside the deductible amount any insured would co-pay on a claim, an insured has insured themselves for a policy limit of $200,000.00 and then causes an accident and is found to be at fault by a court of law. If, let's say, the damages to that third party are assessed at $500,000.00, then that insured may find themselves having to pay for the $300,000.00 out of pocket, as the insurer may take the position of paying only for the $200,000.00 portion they were contracted to pay. To ensure sufficient financial protection, most insurers suggest to take out at least $1,000,000.00 worth of MVA insurance coverage.

Make Sure You Are Protected

Overall, bodily injury claims costs from an MVA can be high, and MVA insurance is one way to protect your wealth. This is especially so if you are found at-fault for a serious injury you have caused to another person. Keep safe on the road by buckling up, reducing your speed, paying attention, and being sober. These are all good ways to reduce the harm that you may cause to yourself and/or to others in an MVA accident, and which could cost you financially.

It’s a good idea to get informed about the product of MVA insurance before loss occurs: how it works as a financial risk managed tool, and the costs you could incur directly if you don’t have sufficient insurance. Talk to your insurance broker or other financial experts in this area.

If you are injured in an MVA, please consult specialists, such as a lawyer, a claims adjuster, insurance broker, and/or health care specialists to get the right advice specific to your needs. You may want to share your story at Disability Matters. We're hear to listen.

Article published on 25 September 2017 by

June is brain injury awareness month. It also marks the beginning of summer – a time when many adolescents…

In part one of my two-part blog, I introduced you to Brittany Harrison and her very special dog, Avery,…