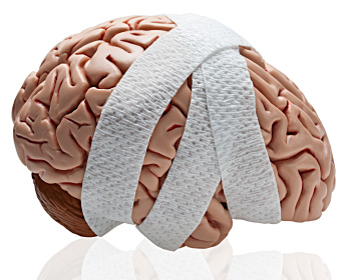 June is brain injury awareness month. It also marks the beginning of summer – a time when many adolescents and young adults are enjoying the fun and sun, free from the stress of school. Unfortunately, summertime is when the lives of some will forever be changed because of a motor vehicle accident (MVA). Today’s blog is about keeping safe on the road.

Driving is important to all of us because it provides freedom: the ability to go where we want, when we want, and without constraint from others. For many of us, being handed the keys to the family car was our first real taste of freedom.

But, as noted by Deborah Stone, freedom has a trade-off, and that trade-off is security: protecting what matters. Two of the most important areas of life worth protecting is our health and wealth. Today, I'm writing about the impact that an MVA can have on our health. In my next blog, I’ll write about its impact on our wealth.

The World Health Organization defines health as a “state of complete physical, mental, and social well-being and not merely the absence of disease or infirmity”. Motor vehicle accidents are a leading cause of serious injury resulting in a loss of health; and affecting all major systems of the human body:

From the work I do, and the research I conduct, I’ve observed horrific bodily injury aftermath – some more graphic than a horror scene from a Stephen King novel: blow out orbital fractures of the eye; crushed legs; deranged joints; impaled objects to eyes, throat, and abdomen; and degloving skin injuries where the skin is peeled from muscle and bone, much like removing a glove from a hand.

The amount of health care professionals who operate on, and care for, someone injured in an MVA can amount to all the King’s horses and all the King’s men who tried to put Humpty together again. And, as a rehabilitation consultant, I have seen the long road to recovery.

My young clients describe how their life stands still, while they watch their friends graduate, get a job, get married, and have children. For them, rehabilitation has become their full-time job, and in the most serious of injuries, full recovery can become an elusive dream.

As adults, we tend to be more aware of the risks of driving – likely stemming from years of experience, and perhaps from a few accidents and even more near misses ourselves. So, as parents, we naturally fear for our children’s safety when they become new drivers.

For me, I would get this fist-like tension grabbing at my heart each time I handed over the car keys to one of my children, and it would not let go its grip until they were back home, safe and sound.

But for younger, less experienced drivers, the thought of an accident is likely not on their cerebral radar. The only area in their brain lighting up, each time they ask, “can I borrow the car,” is their reward centre.

I can see it in my son's face: this wide-eyed, fixed-look staring into space, as if his brain were bathing in dopamine. It's court-room silence until I deliver the verdict; and his sigh of relief, when I give him the green light to go, is like that of an accused being found not guilty.

Of course, he agrees to my guidelines before I allow him to use the car: Speed Kills! Buckle-up! No drinking or drugging! But I can no longer enforce these once he gets behind the wheel, and this is what scares me.

“Mum! According to you, everything’s gonna cause a brain injury”, he retorts with a sardonic smile.

Ah! But then I became wiser to the risks of driving, from conducting my doctoral research on motor vehicle accidents injuries, and my message to my children changed. Now, I tell them this: Speed kills! Buckle Up! No Drinking or Drugging…with the solid evidence to back it up!

My research shows that while the majority of MVAs occurred on city streets rather than on highways, most injuries from inner city accidents were less serious compared to the those that occurred on highways. A clear factor was highway speed.

For many who were not buckled in, their bodies became projectiles launched from their vehicle upon impact of the accident. Some hit their heads on poles, some landed in farmers’ fields, while others were left hanging from front, side, and rear windows...and even sun-roofs! The end result of these accidents were typically severe brain injury and/or spinal cord injury.

I cannot recall reading one police accident or ambulance call report stating that they’d walked away from the accident. Most were transported to emergency rooms, and many were operated on. For those who sustained the most severe injuries, they stayed in ICU for weeks, and inpatient rehabilitation for months.

Alcohol and drugs not only played a key role in the cause of accidents, being drunk or stoned when injured also prolonged recovery. From claims documentation that I have read, those who were intoxicated at the time of the accident spent more days in ICU and inpatient rehabilitation compared to those with the same injury but who were not intoxicated.

So, how best can we teach drivers to balance the freedom that car travel brings against its risks that can lead to serious injury? Educate them to these risks before they materialize.

A good way is through meaningful dialogue that keeps them tuned-in to the conversation, as much as they are tuned into to the music on their car stereo. These kinds of conversations will be the most important ones we will have.

Patterson et al. (2012), highlight that opposing opinions, strong emotions, and high stakes are three ingredients in crucial conversations that cause people to either tune-out or avoid talking all together. They say that you can get your message across in a tenuous discussion best by sharing the facts of the story, and passionately (but calmly) drawing rationale conclusions from these facts.

So, before someone you love gets behind the wheel, help steer them straight. Tell them you understand the freedom that driving brings, and then share with them your concern for their safety.

You may have already set some ground rules for your teenagers about the consequences of making poor choices when driving, which is a great start. But, if you suspect they have digressed make sure you get the facts before you strike your gavel of judgment.

Once, I got into my car, after returning home from a along weekend away, and I heard the clinking of heavy glass as I accelerated. Then, as I began to break, a small bottle of liquor rolled out from underneath the passenger’s seat and settled on the front, floor mat. I immediately pulled over, then opened the rear passenger door. In plain view were at least five more of various sizes and types – all full to half full.

“Hmm”, I pondered. I recalled that my son was the last person to use my car. With clenched teeth, and an under-the-breath growl, I uttered, “Were he and his friends drinking in my car?”

I wanted to text immediately and start spewing. But, rather than jump to the wrong conclusion, I decided to first get the facts.

Later that day I broached the topic. Well, his story went something like this: “I had some friends over when you guys were away, and I didn’t want anyone drinking your booze. So, I took all the bottles out of the liquor cabinet and put them in the car for safe keeping.”

I found his story to be both funny and convincing, and after I stopped chuckling, I congratulated him for removing the liquor from the house. But, I also explained that it is illegal to have open alcohol in a car that is not properly stowed. I also highlighted that his actions had put me at risk. His apology was heart-felt.

So, in wrapping up part one of this blog, may I suggest that you start a crucial conversation with your teenage driver (or husband, wife, co-worker, etc.) by using the values of freedom and security to guide you. Use facts to gently remind them that if they drive too fast, don’t wear a seat belt, or are drunk or stoned, they’ve got nothing to lose but their health!

Share your story about the risks of driving. At Disability Matters, let’s keep the dialogue going.